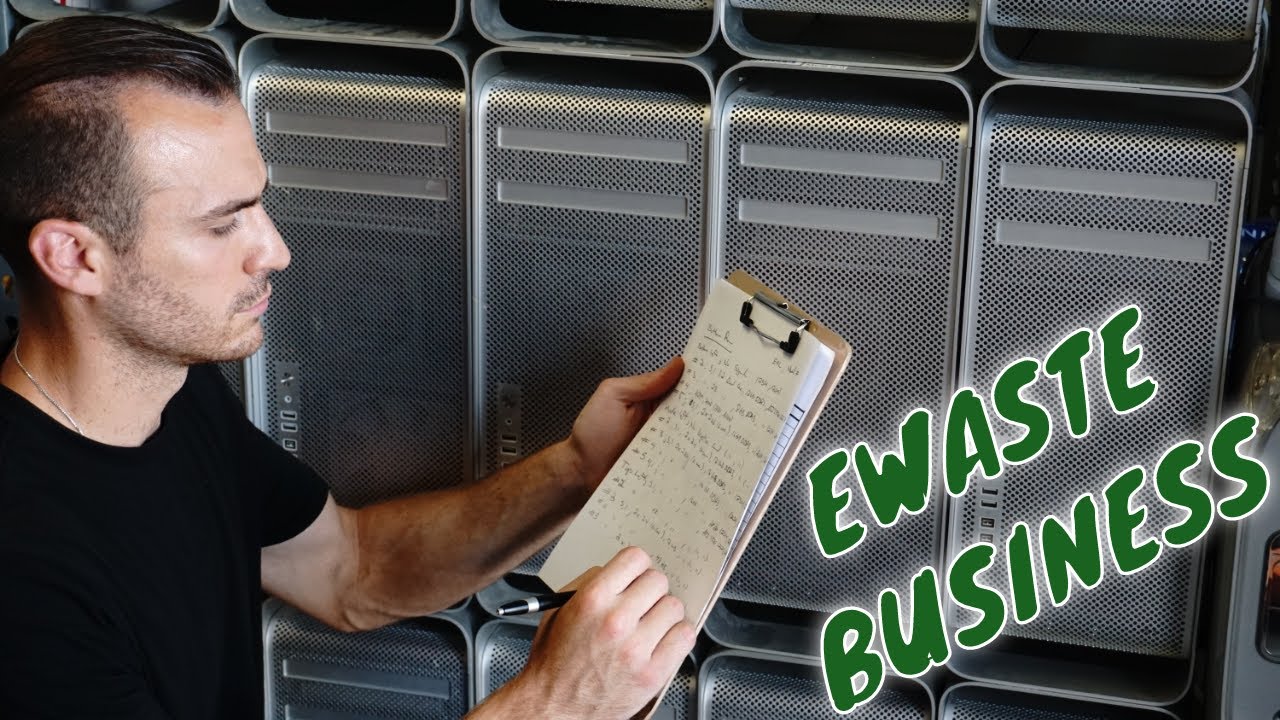 In this video, I show you guys a kind of day in the life of operating an ewaste center by partially scrapping computers, testing Apple Mac Pro’s, all while shipping out ewaste to be processed and broken down to its essential materials.

Owning and operating an ewaste recycling business has many tasks associated with it, one of them being the facilitation of ewaste to a sorting facility where they will be broken down and recycled further. In this video, I send out old CRT, LCD and Plasma TV’s as well as Desktop Computer that have been previously scrapped, monitors and cables.

Aside from the responsibilities of managing an ewaste recycling business, there are also the tasks that are unwritten, but are there for those who are willing to see it. I am referring to the process of refurbishing and reusing electronics that still may be used by the public. One example of ewaste that I work towards refurbishing and reusing are the group of windows based towers with Intel i5 processor.

Later on in the video, I test out 15 Apple Mac Pro‘s and jot down their specs, such as the model identifier, cpu, ram and graphics card configurations. The models I end up testing out are of the A1289 series, better known in the Apple Computer community as the “Cheese Grater“. These Mac Pro computers are known for their editing strength, hence why their is still a want for these models.

As a result, I refurbish the recycled Apple computers so that they can be reused again for their initial intended purposes. I hope you enjoyed this video and gained some insight into the world of ewaste recycling and how important it is for our environment to keep these hazardous materials out of landfills!